🐌 You are covered in the slimy green light of a world that you almost recognize.

In the rubble of the Syxtercian cathedral you find 3 shell vials containing experimental hormones harvested from slugs. They used to belong to Saint Fiona Bianco Xena - Mother of the Motherless, patron saint of the voiceless.

You hear distant whispers, entangled with the melted beats of early Molluscwave. They tell the story of many wounds and many adventures : flesh consumed by a rare blue speckled gutter slug, bioplastic mixed with piss under the light of a half moon, crystal eyes winking provocatively at the face of God, children saved and revolutions lost.

You want to know more.

In order to download this Relic you must purchase it at or above the minimum price of $4 USD. You will get access to the following files:

I love this game so much!! In my opinion this game succeeds in containing elements of Catholicism in the exploration of a trans narrative using the (usually transphobic) religious lens to describe a queer martyr in a fictional world. Using a layout similar to stations of the cross, this game not only explores the idea of a trans saint and how her life would be sectioned into selfless deeds (not unlike the bible with Jesus) but in doing so, this game works as a discussion of martyrdom in minority groups that can happen often against the victims will; where a person can turn from a role model to a symbol in the fight against injustice. It also does this is a way that is entertaining and successful as a true to life parody.  For queer people it is a cathartic and visually appealing game that talks about their community from a perspective that they recognise, and for allies or cisgender heterosexual players it contains insight into the struggles of the trans experience (the stress of being accepted for hormone replacement therapy, exploring sexuality and personal acceptance through night life and queer clubs, the fear of how queer people are portrayed in the media etc.)

This is my favourite pilgrimage spot of the whole internet. May Saint Fiona Bianco Xena protect us and inspire us.

The Church of Saint Fiona Bianco Xena is pleased to here it. May Saint Fiona bring good tidings and bountiful slug juice for you years to come.

Thank you Ace. We have stored your review in the polymonata chambers.

Thank you caramelfrog. It has been said the shrine to Saint Fiona has in fact no colour at all and each visitor is blessed with a prismatic vision unique to their own Slug Signs.

This is gorgeous. I will ready my crystals and pray for Saint Fiona Bianco Xena's blessings under tomorrow's full moon.

Thank you JJ. May you be blessed by a thousand half moons of the slug gods. 🌗🐌🌓 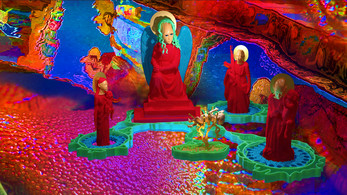 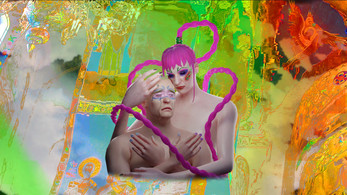 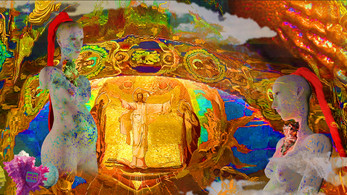